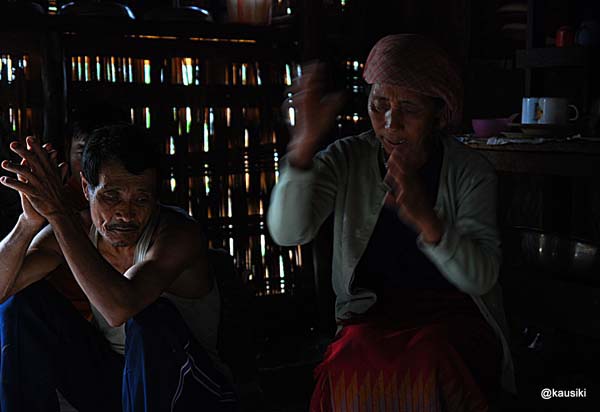 The initial steps have been taken in calming the roiling waters on the Assam-Mizoram border confrontation. First, the FIRs and cases which were filed against each other’s leaders — involving both Assam Chief Minister Himanta Biswa Sarma and K Vanlalvena, Mizo National Front (MNF) MP — have been withdrawn. Cases against officials from both states have been dropped. While these should not have been initiated in the first place, stepping back in this manner is a good way to reduce the political and emotive temperatures, which were soaring on both sides.

A sharp war of words and aggressive social media posts on either side did not help. Indeed, an outsider may be excused, if after listening to, watching or reading the passionate, angry and even, in some cases, inflammatory remarks by either side, for being perplexed by these declarations — were they, s/he may well have wondered, by citizens of neighbouring states or opposing nations. Some have added fuel to the fire by casting aspersions on the citizenry of their brethren on the disputed border or referring inappropriately to a part of their own state. These need be seen in the background of the extensive suffering faced by the region as a result of misunderstanding and ill will.

Second, the Assam chief minister’s decision to send two ministerial emissaries from Assam to Aizawl is a good gesture to open dialogue and appears to have paid off initially. Both states have agreed to the deployment of neutral Central forces at the disputed stretches of the interstate border. Atul Bora, one of the ministers sent to Aizawl is from the Asom Gana Parishad (AGP) in the BJP-led coalition, and also party president. The significance of an AGP leader in the peace mission should not be underestimated. The AGP led a regional coalition in the 1980s and 1990s in the Northeast that emerged as an anti-Congress front. The MNF had been part of this process and has had good relations with the AGP from that time.

Part of the confidence-building measures has been the welcome withdrawal of the Assam government’s travel advisory which asked people not to travel to Mizoram and urged people from the state working or staying there to “exercise utmost caution”.

There is a third element that has become a seemingly endemic part of political confrontation between states. These are the blockades that have closed roads and highways in Assam leading to Mizoram — and in the past few days to Tripura. This has happened repeatedly in confrontations between different states in the region such as Nagaland and Manipur and last year between Assam and Mizoram.

These crackling tensions go far beyond interstate border disputes and have regional, national and international repercussions. For one, they have adverse economic impacts which are felt most sharply at the local level, leading to a rise in prices and shortage of commodities. This is a time when Covid-19 cases continue to rise in all the states of the region, including Mizoram and Assam, and essential supplies cannot be blocked by public agitations.

The economic fallouts of such actions are felt down the entire supply chain, from producer to transporter and receiving customers/markets. National highways are the direct responsibility of the Centre and it must ensure that these economic veins remain clear for passenger and freight traffic.

In addition, images, especially of violence and confrontation, go “viral” without delay. They move from mobile to mobile, over social platforms, one group to the other, leaping across boundaries of state and nation. Among those who look at them are potential investors and policymakers, not just in Delhi but other state and national capitals. The adverse impacts of these can be considerable.

For decades, we must remember, the public image of the Northeast was shaped by conflict and confrontation, bandhs and violence. It had been shedding that image slowly and steadily, facing many hurdles, agitations and risks. Sustainable peace continues to be elusive although flawed insurgencies have failed and fallen. There are new challenges such as border divides and sharpening sectarian tensions. Economic growth is visible as are continuing concerns. Lakhs of young people from the region, despite discrimination and pressures, have moved and made their lives in other parts of the country, engaging with the idea of India, before, during and after the waves of the pandemic.

That is why communities at the border, stakeholders such as business leaders and transporters as well as civil society need to be involved in conversations and dialogue for sustainable settlements. Political leaders must set the pace and provide the platform. However, since both sides use different yardsticks of history and geography to negotiate, it is difficult to visualise a situation where either side will emerge as a clear winner. There will have to be give and take, count net gains against losses. That is the practical side which politicians are best equipped to deliver. Herein lies the importance of the concept of a Development Corridor on the border that would have to be agreed to by both sides and guaranteed by the Centre. This could build on the natural advantages of the bordering states — vegetable, meat and fruit processing, handicrafts and designer handlooms to name just five — and create jobs, livelihoods and better incomes for people on the border and beyond, building an equitable supply chain.

A fundamental point needs to be underscored: The visionary Act East Policy and its predecessor Look East Policy rest on the pillars of peace and trust, not just better roads and physical infrastructure. They depend on good relationships between neighbours which enable economic cooperation, transport and trade not just cultural and social collaboration.