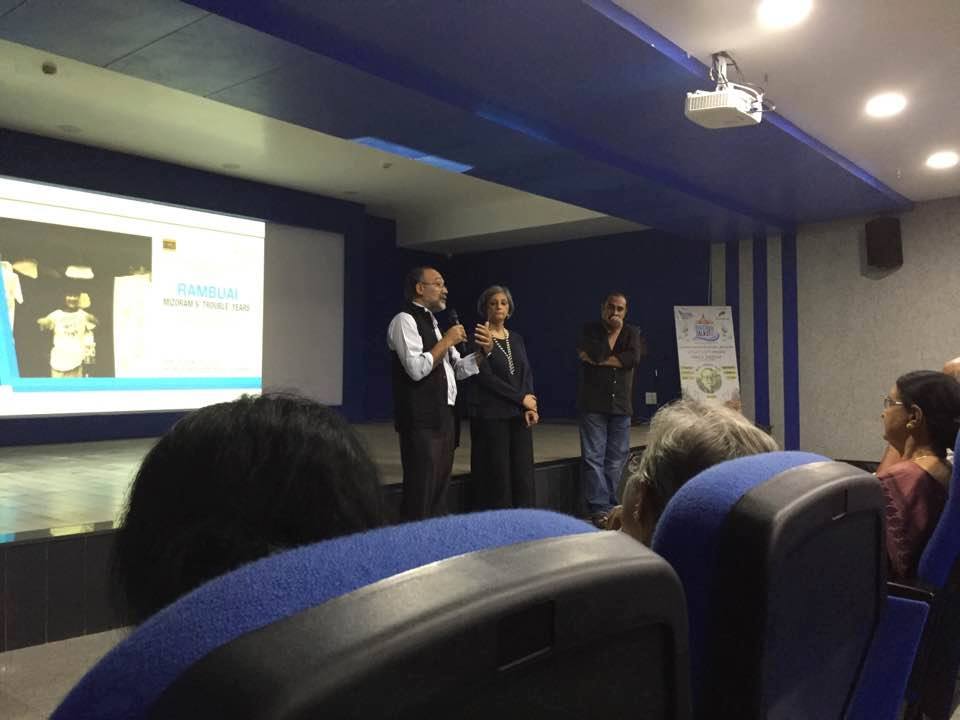 Rambuai,  Mizoram’s Trouble Years’ a film  by C-NES Managing Trustee Sanjoy Hazarika and Trustee Preeti Gill  premiered on October 20, 2016  at the Royal Group of Institutions, Betkuchi, Guwahati to a packed hall . The film was screened as part of the River Talks – North East literary Festival organized by the Royal group of Institutions and North East Writers’ Forum. Post screening followed an energetic  round of question and answers. The documentary was earlier successfully  screened at Aizawl and New Delhi.

Mr. Hazarika is a columnist, author and activist, the former founder Director of the Centre for NE Studies and Policy Research in Jamia Millia Islamia and currently Director of the Commonwealth Human Rights Initiative (CHRI). Preeti Gill is a literary agent, independent researcher and editor who has extensively published writers from the region and has been in the publishing industry for more than 20 years. Maulee Senapati is the Director (Technical) of the film. This is the fourth documentary that he and Sanjoy Hazarika have collaboration on in the past 10 year: Children of the River, the Xihus of Assam; A Measure of Impunity and Where there are No Roads. The film ‘Rambuai’ looks not just at the years of conflict and disturbances in this beautiful pocket of India, but also at the transition in mind-sets that has enabled peaceful change to endure, the resolve that drove the Indian State, and the challenges that remain. It gives voice to younger people who have only heard of the conflict through stories told by family elders. It raises questions about how ordinary people continue to struggle to cope with their experiences. It shows the wide-ranging effects of violence, different approaches to peace and peacemaking and how some key questions remain unaddressed.

The film has been supported by the Heinrich Boll Stiftung(HBF), New Delhi. which focuses on thematic areas such as climate, resources, gender in socio-economic policy, democratic governance, and India as a global actor and promotes national and international dialogue processes with a view to enhance the diversity of green thinking.
The film has been made by C-NES which works on a range of issues and areas at both field and policy levels relating to governance, participative planning and rights, water resources, environment, rural livelihoods, peace building and building better understanding among communities. C-NES has been providing basic health care services to communities who do not have access to health facilities in the river islands of the Brahmaputra through its Boat Clinic initiatives in a Public Private Partnership (PPP) with the National Health Mission (NHM), Government of Assam.